Chef Boyardee goes back to school

As the summer winds down and students return to school, parents must adjust their already hectic schedules. A trusted friend who can help make dinner time a little less stressful is always welcome, and Chef Boyardee has been that friend for four generations.  As the creator of delicious pasta dishes both parents and kids love, the man behind the pasta received a unique schooling of his own.

Hector Boiardi was born in the Northwest Italian town of Piacenza in 1897, and before he was a teenager he was working as an apprentice chef at a local hotel. After Hector came to America in 1914, his culinary education continued as a member of the staff at New York’s famed Plaza Hotel. Hector would graduate with honors; he eventually became the hotel’s head chef.

Over the years that followed, Hector Boiardi remained at the head of his class, catering for President Woodrow Wilson and opening an immediately-popular Italian restaurant in Cleveland. So beloved were his pasta dishes, Hector was inspired to create the Chef Boyardee brand that remains a mealtime fixture today.

As kids gather around the dinner table with a warm, delicious bowl of Chef Boyardee, parents can feel great about the ingredients. With options like Beef Ravioli - a hearty combination of meat pasta and sauce with no artificial flavors, no artificial colors and no preservatives - parents have one less thing to worry about during back to school season. Mom and dad may also want to share the story of the man on the label. Hector Boiardi’s story is proof that if you study hard, great things are possible. 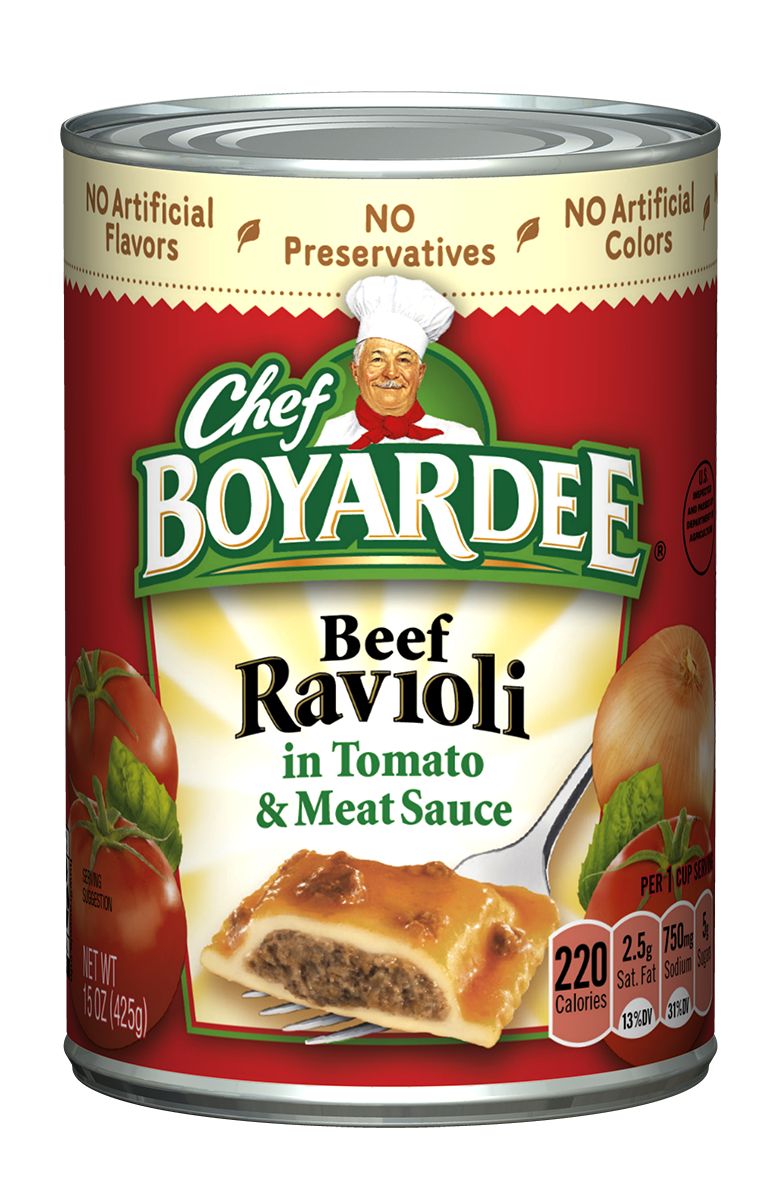