From the restaurant to your table 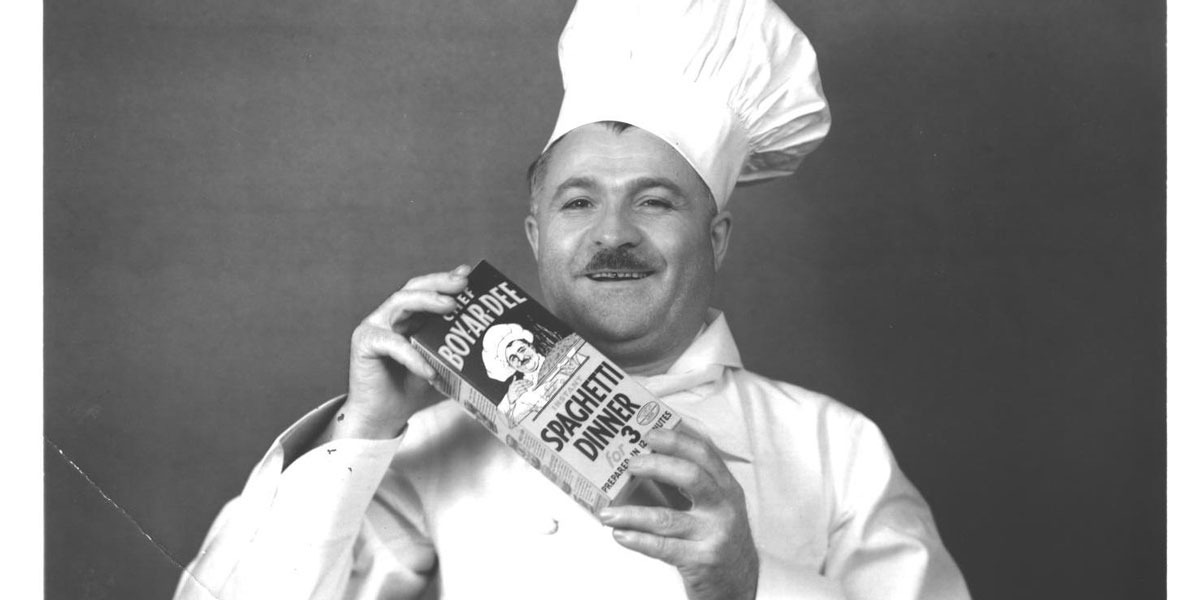 When schedules are hectic, serving a warm, quick bowl of Chef Boyardee pasta can deliver a satisfied smile. While that food is a favorite of kids, parents take comfort knowing that Chef Boyardee’s pastas contain no artificial flavors, no artificial colors and no preservatives.

Today Chef Boyardee is served at home, but did you know Chef Hector Boiardi’s pastas were first enjoyed in a restaurant in Cleveland, Ohio? Like many young chefs, Hector Boiardi dreamed of owning his own restaurant. With the help of his wife, Helen, Hector’s restaurant, Il Giardino d’Italia, opened its doors in 1924, in Cleveland. The name means “Garden of Italy,” and Chef Hector’s garden was quickly in full bloom with lines that stretched out the door!

Chef Hector’s delicious pasta dishes were so popular among patrons that they began asking for his recipes. Chef Hector had a better idea. Why not sell a take-home version of his delicious dishes? He began cleaning milk bottles and filling them with his pasta sauce, accompanied by uncooked pasta so that patrons could enjoy his food at home. From these humble beginnings came the Chef Boyardee pasta dishes still enjoyed today.

Chef Hector realized he had a winning business proposition with an opportunity to serve not just the customers of his Cleveland restaurant. Hector teamed up with his brothers Mario and Paul to found the Chef Boyardee company, using a phonetic spelling of the family’s last name to make it easier to pronounce. By the late 1930s, Hector was headed east to set up his kitchen in Milton, Pennsylvania, which remains the home of Chef Boyardee today.

Although Il Giardino d’Italia has long-since closed its doors, the pasta dishes first served there remain classics of Italian-American cuisine. With delicious meat, pasta and sauce and no artificial flavors, colors or preservatives, they’re sure to remain family favorites for years to come.